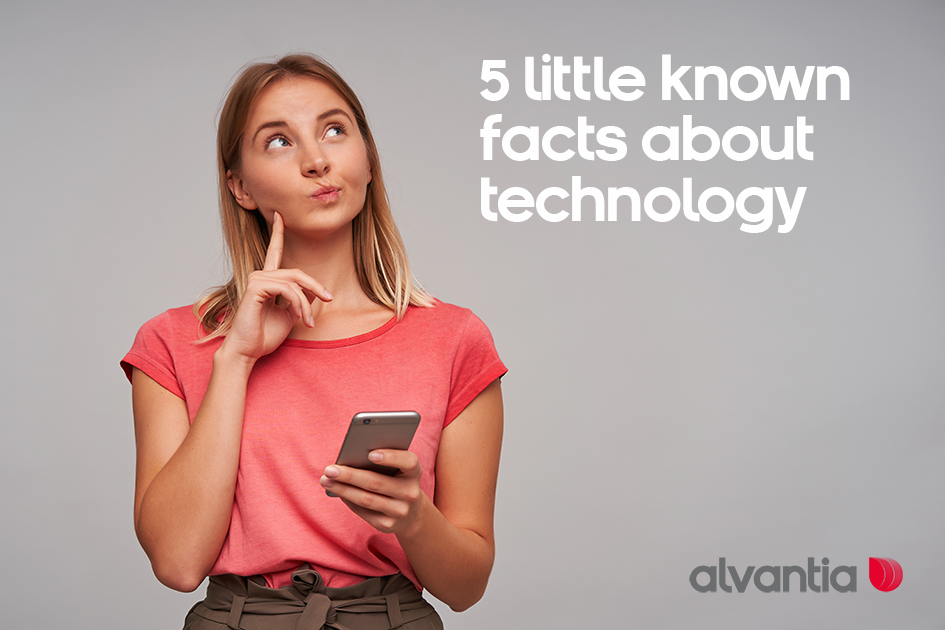 Undoubtedly, technology is one of the undisputed protagonist of the 21st century. It has undergone a meteoric evolution during the last decades and without this unstoppable development, our lives would be completely different today.

Many of us know fundamental data about technology; we know the first computers were gigantic compared to the current ones, the first photograph in History took 8 hours to take and there are currently more mobile devices than people.

However, there are some data that are not so well known and will surely surprise you:

1. Netflix owes its existence to a “fine” from Blockbuster

It all started when Reed Hastings, CEO and co-founder of the company, had to pay a fine of 40 dollars for returning the Apollo XIII film to Blockbuster after the deadline. At that time it occurred to him to offer a much more flexible movie rental service, creating Netflix in 1997. But this does not end here … in 2000, Hastings wanted to sell his company and his idea of ​​payment for streaming movies to Blockbuster for 50 million dollars. John Antioco, CEO of Blockbuster, rejected the offer. To give you an idea of ​​the degree of regret that Antioco must still have, Netflix currently enters more than € 45,000 per minute.

2. The youngest programmer in the world

He is only 7 years old, but he is already programming and last year he broke a Guinness record: Arham Om Talsania passed the Python programming language exam, a test that is even difficult for many engineers to pass. Son of software engineer parents, he had a passion for computer devices from a very young age, and soon became interested in video games and their creation. Shortly after, he scored 900 points out of 1,000 on the Python Language Program Development Test… little big genius!

3. The actress and WiFi precursor

Max Reinhardt considered her the most beautiful woman in Europe and she was the first to simulate an orgasm on the big screen (in the 1932 film Ecstasy). We are talking about Hedy Lamarr, a very peculiar woman whose artistic side overshadowed her important career as an inventor. The contribution of this Austrian to the world of technology was quite significant: during World War II, she and the composer George Antheil developed the patent for a radio guidance system for torpedoes of the United States Navy, which used the spread spectrum and frequency hopping technology to prevent Axis powers from interfering with the signal. However, the military did not begin using the system until the Cuban Missile Crisis in 1962. Her invention was used to control torpedoes and communication and is still in use today for mobile networks, Bluetooth devices, and WiFi. In this link you can discover a little more about Hedy Lamarr and here we tell you the interesting story of other women programmers during World War II.

In the computer world, the term bug has been used for many years. However, in 1945 it was used literally in the operational log of one of the first computer equipment in history (the Mark II), when a moth was trapped inside it. I mean, a bug caused the machine to malfunction, but literally! The note that reflected the error included the bug’s own corpse … you can see it here.

More bugs for our last tech curiosity: did you know that there are experts who make their living reporting bugs to big technology companies? These companies have reward programs (Bug Bounty) that reward a certain amount of money to people who discover and report bugs in their software. Microsoft has one of the most important in the world and in the last year has delivered a total of 13.6 million dollars to these special hunters. Here you have an interesting interview with two of these professionals who work in Spain.

Alvantia celebrates Christmas and its “coming of age”

Trends that will accompany every Front End developer in 2021